SYDNEY, AUSTRALIA, June 21, 2022 (GLOBE NEWSWIRE via SEAPRWire.com) — Catheon Gaming (“the Company”), the fastest-growing integrated blockchain gaming & entertainment company, announced today an industry partnership with leading mobile game developer and publisher Gamamobi to bring their show-stopping MMORPG title, War of Gama, to the blockchain. Catheon Gaming will bring its deep expertise and network in blockchain, NFTs, gaming and Web3 to assist Gamamobi in bringing its premier game title to the blockchain. 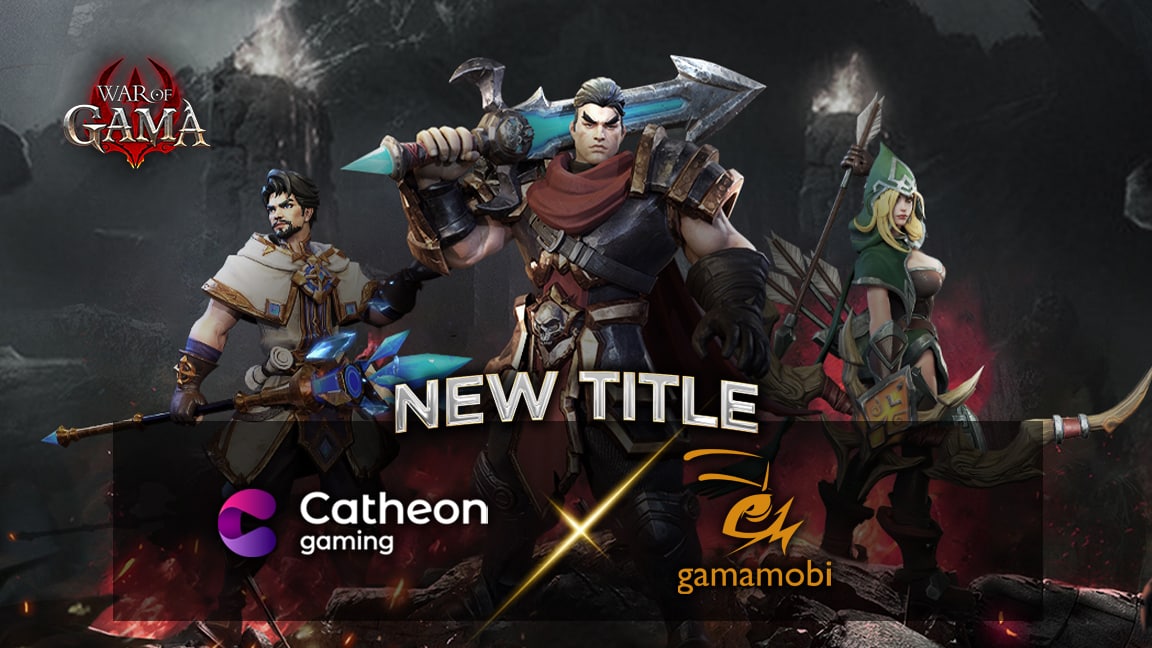 War of Gama incorporates all the well-loved MMORPG elements that gamers desire, while removing the grinding time with idle gameplay to keep time-poor mobile players engaged. 3 years since its initial inception, the Gamamobi team has developed an incredibly rich and detailed game world and player experience. The game is set in the middle ages where a space-time rift caused the release of formidable monsters. In their fight for survival, feudal kingdoms muster together their most gallant warriors to defeat them. The game offers countless hours of entertainment and strategic player progression with PVE and PVP modes through the magical world.

Recognising that RPGs have consistently been the top-grossing mobile gaming category, Catheon Gaming and Gamamobi are extremely excited to be bringing this top-tier game to the blockchain. The Gamamobi team brings decades of game development experience from the early days of online web gaming to the current mobile gaming paradigm. The team has been part of a string of blockbuster mobile games with over $200m generated in lifetime gross revenue, including Saint Seiya: Awakening First Impression and Teenage 3 Kingdom 2. The team has also been able to form a partnership with Lisa from BLACKPINK for one of their current titles. It is clear that the Gamamobi team has the right connections and know-how to continue their trend of success and bring War of Gama to the masses and the blockchain!

William Wu, Founder of Catheon Gaming commented: “We are extremely proud and excited to be announcing our partnership with Gamamobi for this highly anticipated title. The RPG category has historically been the top-grossing mobile category, and we look forward to bringing such a high-quality title to contend in it. With significant game development complete, we have the important lead time on many other projects in the blockchain space. We believe with its carefully designed game world and mechanics, War of Gama is set to take the blockchain and broader mobile gaming by storm.”

Dale Huang, Founder of Gamamobi said: “We originally came up with the idea for War of Gama 3 years ago and have been meticulously planning and executing on it since. We are extremely excited to be able to show the world what we have developed, leveraging our collective experience in creating several blockbuster mobile games. We are confident this partnership with Catheon Gaming will ensure the integration to the blockchain will be additive to the game and reach the widest possible audience in the tradition and blockchain gaming space globally”

Catheon Gaming is the fastest-growing integrated blockchain gaming and entertainment company globally. The company’s flagship franchise, SolChicks, entered the market following successful fundraising from various venture capital investors, institutions, and launchpad partners. The company brings technical, gaming, and marketing expertise together with deep roots in the blockchain industry. The company’s strategy is to partner with leading game developers and IP-holders to incubate and launch “best-in-class” blockchain games and bring them to the widest possible audience.

Gamamobi is a mobile game developer and publisher with decades of experience in the industry. Gamamobi’s team has published countless games spanning several eras from online web games to mobile games. In recent years, Gamamobi has introduced the element of “play” into various industries, and the Group’s e-commerce platform and offline advertising media platform are all developed around the development and distribution of games.